Even though we are yet to get some official confirmation about Nokia 9, the alleged flagship device from Nokia and the company appears to have delayed the launch of the phone for some months. Today, images of cases for Nokia 9 is received by Androidpure which confirm the Penta-Lens Camera module of the flagship device that we have seen in earlier leaks. The case renders lists the name of the device as “Nokia 9 Pure View”, yet we would like to wait for some official confirmation. 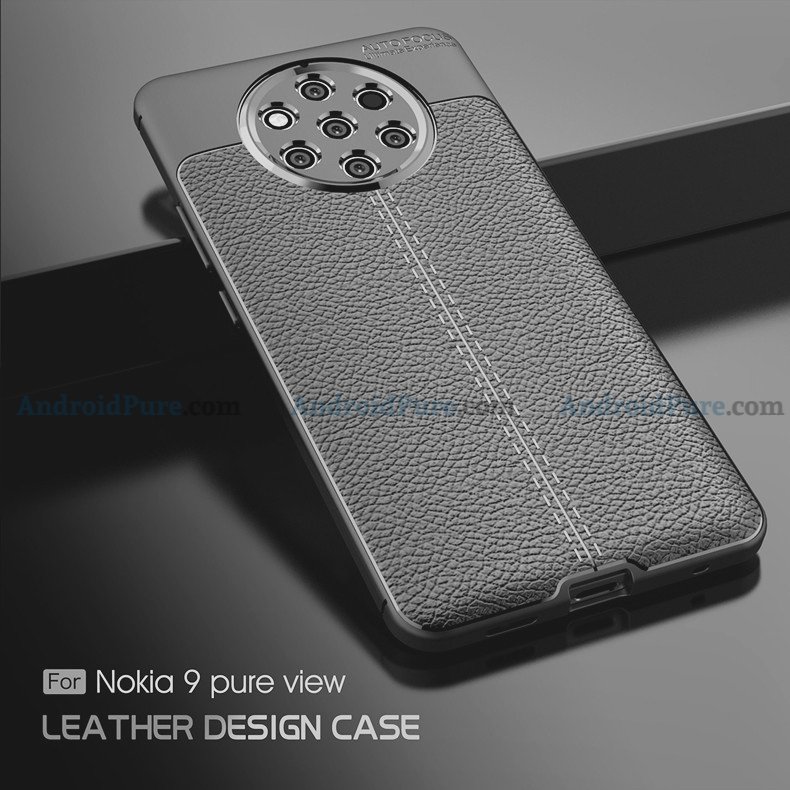 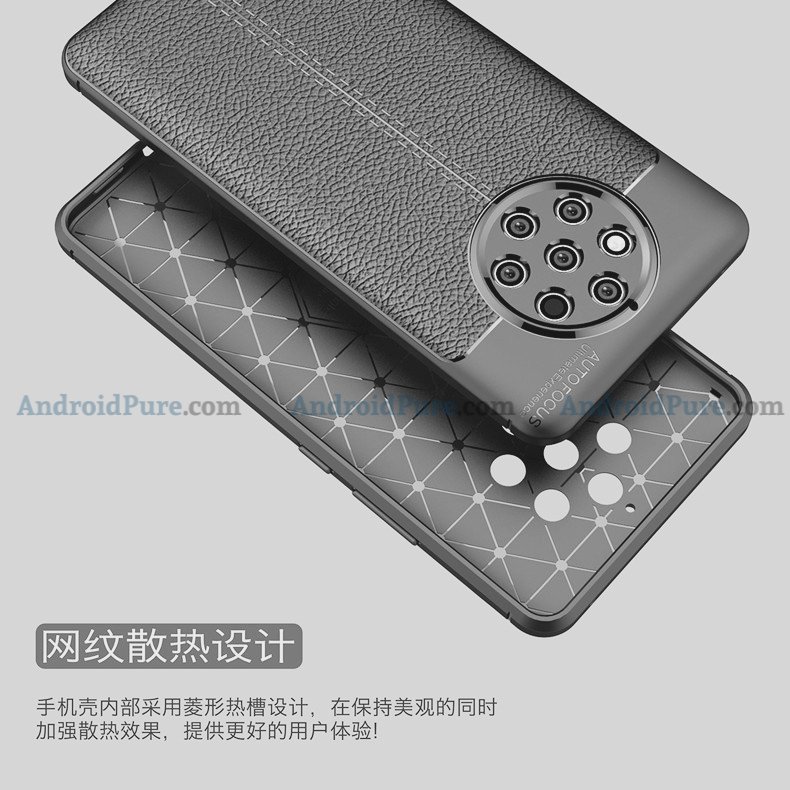 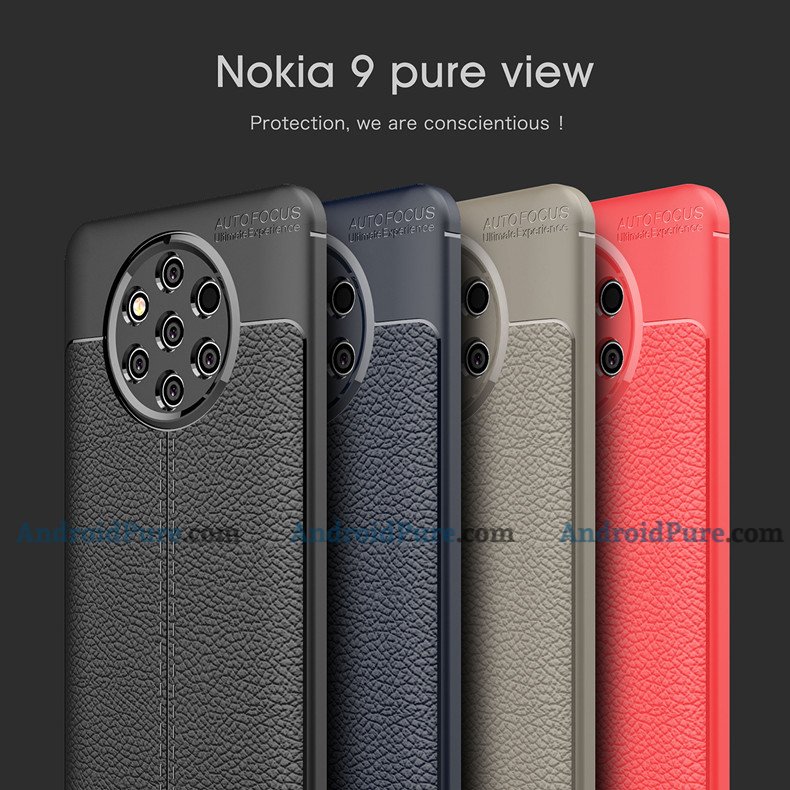 Unfortunately, these case renders doesn’t reveal more details about the phone including the possibility of the headphone jack though earlier leaks as detailed below suggest that Nokia is going to ditch the 3.5mm audio jack with its flagship device.

Nokia 9 Renders based on CAD

A video of an unofficial Nokia 9 leaked render has appeared online, and it reveals 5 rear cameras. No seriously, it has five cameras on the back, penta-cameras is a real thing now. 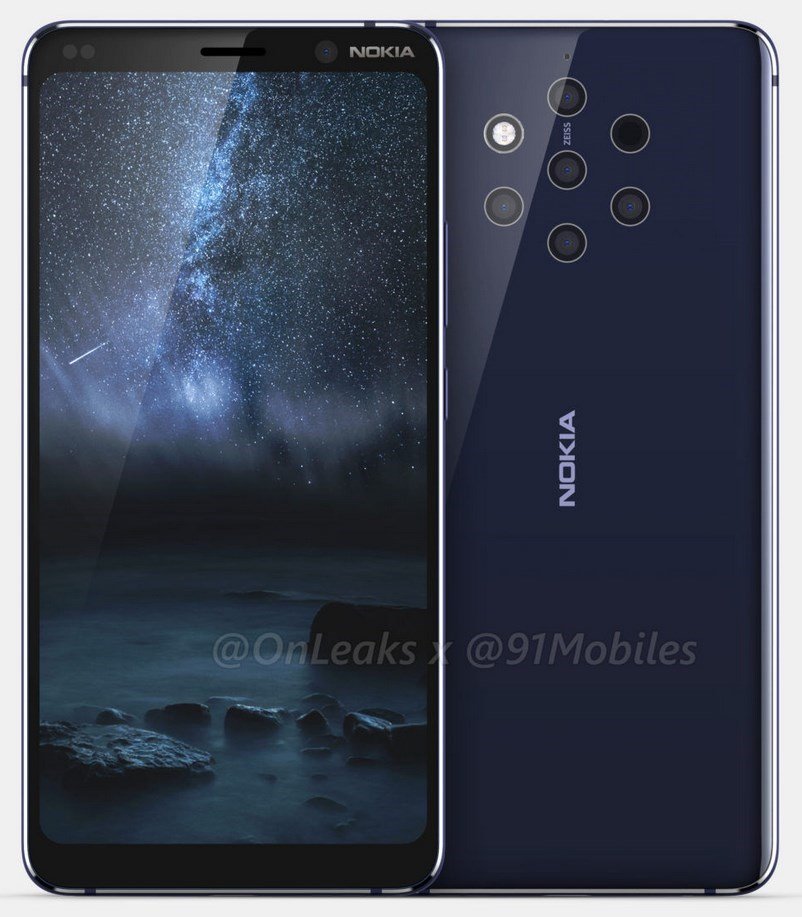 Just when you thought Samsung and Huawei were over-doing it with quad-cameras and triple-cameras, HMD Global seems to have trotted along with its penta-camera setup if these pictures of the Nokia 9 leaked renders are real.

The photo above should tell you we aren’t joking. The lenses are set up in a peculiar circular formation with one camera inside the circle, and its place on the outside is taken up by an LED Flash module.

That looks really bizarre, doesn’t it? Why not put the LED flash in the middle, it would have looked better. Sure it would still be weird, but better. Oh, and there is a ZEISS logo inside the circle too, yipee! Apparently, Nokia will be launching the device with the PureView brand.

According to the Nokia 9 leaked video, one of the 5 lenses is a telephoto lens, one is a wide-angle camera, and one is a depth-sensor lens. What the other two are is unclear, perhaps one of the lenses could be an RGB sensor while the other is the primary photography lens.

And if you think this is a next-gen design, the photo of the front panel in the Nokia 9 leaked video proves otherwise. The phone sports a 5.9-inch QHD display in the 18:9 aspect ratio, but still has a forehead and a chin. Hey, but there is an in-display fingerprint sensor.

It actually gets worse, the Nokia 9 does not have a 3.5mm headphone jack. The device is allegedly designed to be waterproof, runs on Android Pie and is powered by a Qualcomm Snapdragon 845 processor with 8GB of RAM.

We don’t have a launch date for the device yet, but we will keep a weather eye out to see if we can spot more information.