How to install Android N on Nexus 6

Google pulled a fast one on users, when it suddenly announced a preview build of Android N yesterday. 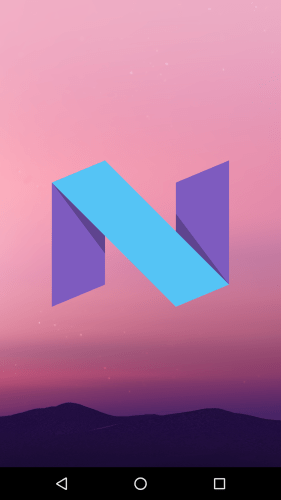 And now you can install it on your Nexus device.

The procedure is similar on Nexus 5X, 6P as well, but I’ve only personally tested it on my Nexus 6.

Install Minimal ADB and Fastboot on your computer, navigate to the folder where you installed it and hold the shift key. Select “Open command prompt here”. Enter the following command to unlock the bootloader

How to install Android N on Nexus 6

Do NOT excecute the flashall.bat without editing it. It has a wipe command “-w”, which deletes all of your data. You can edit the file and save it. But it does cause some errors. So try the following steps instead.

Note: In place of the filename in the command, you will need to use the actual file name and also use the location of the file. For example: mine was like this:

Now you need to flash the files from the image zip you extracted.

Optionally you can flash the cache and userdata images as well, this will delete all your data though.

Finally reboot the device with the following command.

Your device will now restart and you will have Android N preview on your device.

And here are some screenshots of Android N on Nexus 6 with the new Multi Window, Direct Reply from Notifications, New Quick Settings Panel, New Settings Page and more.

Disclaimer : Try this at you own risk as this is just a developer preview release and still not ready for public consumption.